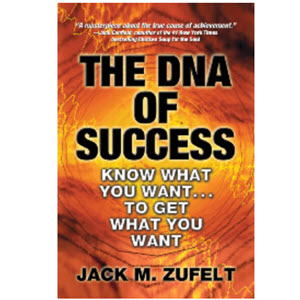 In relation to the more general SPAARS theory presented earlier in this chapter and in Chapter 5, we suggest that in depression-prone individuals there is a preoccupation with an overinvested role or goal. A major threat to or loss of this dominant role or goal leads the individual to focus on the aspects of the self-concept that are normally rejected and the lost role or goal that was central to self-worth (Champion & Power,

1995). This preoccupation with the lost role or goal leads to working memory resources being allocated primarily to working through the loss and, therefore, an apparent emphasis on the past, which could be exacerbated by declines in working memory capacity with ageing (e.g., Salthouse, 1995). The individual may therefore allocate fewer resources to non-goal-relevant tasks, in part because of reduced capacity (Ellis & Ashbrook, 1988; Zacks, Hasher, & Li, 2000), but also because of the depressed individual's proclivity to undervalue non-goal-relevant tasks or information. This combination leads to an appearance of reduced initiative for allocating resources to other tasks (Reisberg & Hertel, 2004) as well as reduced working memory capacity (Dalgleish et al., in press).

One of the more interesting predictions from our proposal about the modularisation of basic emotions in depression-prone individuals concerns the processing of self-related positive material in recovered depressive patients. There is good evidence that recovered depressive people have problems with the processing of negative self-related material especially after negative mood induction (Gemar, Segal, Sagrati, & Kennedy, 2001; Miranda & Persons, 1988; Teasdale & Cox, 2001). However, following our demonstration of priming effects for positive material in depression (Power et al.,

1996), our prediction would be that recovered depressive patients should be "too positive" and should, for example, find it more difficult to moderate a positive mood, under conditions in which such a mood would interfere with a cognitively demanding task; thus, normal individuals may use mood-incongruent recall under such conditions in order to modify positive distractions (Erber & Erber, 1994). If there is a failure of integration of positive and negative aspects of the self in depression, then during recovery when the positive aspects of the self predominate, there should be less regulation of the positive state because negative aspects of the self may be unavailable or excluded at such time. At their most extreme, such uncontrollable positive mood states are, as we have noted, present in mania and hypomania (Power, de Jong, & Lloyd, 2002), but we will leave further discussion of these until Chapter 10 when we consider happiness and its disorders.

Finally, we reiterate that the emotional disorders related to sadness often run a long and complicated course. These disorders, in particular grief and depression, reflect the fact that sadness is a response to the failure of our most important goals and our most cherished relationships. In addition, however, these losses leave the vulnerable individual prone to feelings of anger or self-disgust, which, we suggest, may prolong grief and depression when they become coupled with sadness.