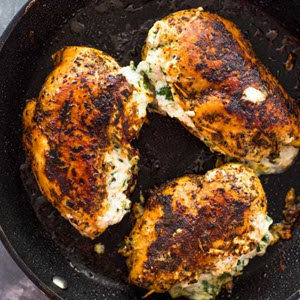 Prostate cancer is the most common cancer diagnosed in men and is the second most common cause of cancer death in men after lung cancer. The gap between the annual numbers of diagnoses (217,730) and deaths (32,050) is wide (ACS, 2010). Major risk factors include age, African American race, and family history. Most cases occur in men older than 65. African Americans have a 60% higher incidence compared with whites and experience a disproportionate share of prostate cancer deaths (Harris and Lohr, 2002).

Dietary factors may play a role, including the proandro-genic effects of dietary fat, carcinogenic compounds in grilled meats, and antioxidants in vegetables (Nelson et al., 2003). Dietary antioxidants such as lycopene show epi-demiologic links (mostly related to tomato consumption) supporting a preventive effect, with possible mechanisms including androgen inhibition (Wertz et al., 2004). However, an RCT using vitamin E and selenium, alone or in combination, failed to show any preventive effect. Given these results and prior disappointing results of other antioxidant trials, clinicians should not recommend supplements for prostate cancer prevention (Lippman et al., 2009).

Prostate cancer is most often indolent, with symptoms typically arising later in the disease course. Physical examination is most often unrevealing. A firm nodule on DRE may indicate a tumor. However, DRE accuracy depends on the performing physician and is imprecise. An abnormal DRE predicts prostate cancer in 18% to 28% of cases (Schwartz et al., 2005). Further, up to 25% of biopsy-detected cancers after an abnormal DRE occur on the side opposite the palpated nodule (McNaughton-Collins et al., 1997).

Tumors are most often diagnosed after biopsy for an abnormal screening result. The Gleason score grades cellular differentiation of the two most common patterns seen in a biopsy specimen. Scores range from 2 to 10, with higher scores indicating a more poorly differentiated tumor (Schwartz, 2005). The risk of prostate cancer death is higher with poorly differentiated cancer. Men with low Gleason scores (2 to 4) have a low risk of death, whereas those with higher scores (8 to 10) had a high probability of dying from prostate cancer within 10 years (Albertson et al., 2005).

Treatment options for prostate cancer include watchful waiting, brachytherapy, external beam radiation, radical prostatectomy, androgen ablation, and combinations of these options. High-grade tumors receive aggressive treatment, but the ideal treatment for intermediate-grade tumors (Gleason score of 5 to 7) is controversial. Low-grade tumors are candidates for watchful waiting. Treatment for localized disease, regardless of method, carries the risk of persistent negative effects on quality of life, such as sexual, urinary, and bowel dysfunction (Smith et al., 2009). An RCT of prostatectomy versus watchful waiting for low-grade tumors in Scandinavian men found little difference in outcomes during early follow-up, but at 10 years, the prostatectomy group had a lower risk of metastasis or progression and a slightly lower overall mortality (Bill-Axelson et al., 2005; Holmberg et al., 2002).

Prostate-specific antigen is a glycoprotein produced by prostatic epithelial cells. Its level increases with prostate adenocarcinoma, hyperplasia, inflammation, procedures, ejaculation, and massage. However, clinical DRE should not affect the PSA level (Barry, 2001). The most widely accepted upper limit of normal for total PSA is 4.0 ng/mL. The Prostate Cancer Prevention Trial, using a biopsy standard, indicated that as PSA levels increase, sensitivity declines and specificity increases, and at no point is there a good balance between the two. Thus, cancer appears ubiquitous—men with normal-range PSA levels may have prostate cancer; 15% of men with a PSA less than 4.0 ng/mL have cancer, 15% of which are high-grade tumors (Thompson et al., 2004). Furthermore, although some studies have concluded that a lower abnormal PSA cutoff level would detect more cancer (Punglia et al., 2003), these findings indicate that more men would have unnecessary biopsies. Thus, PSA testing suffers from both a high false-positive rate and false negatives as (Harvey et al., 2009).

It is unknown whether PSA screening reduces all-cause mortality. Two large, randomized screening trials, the Prostate, Lung, Colorectal, and Ovary (PLCO) trial, and the European Randomized Study of Screening for Prostate Cancer (ERSPC), were initiated to evaluate the impact of screening on mortality. The ERSPC study did show a 20% reduction in prostate cancer death; 1410 men would need to be screened and 48 prostate cancer cases treated to prevent one death in 10 years. Overdiagnosis of clinically insignificant prostate cancer was a problem (Schroder et al., 2009). In contrast, interim reports from the ongoing PLCO trial found no differences in prostate cancer mortality between the test and control groups (Andriole et al., 2009).

Should screening prove beneficial, African American men and patients with first-degree family histories (age <65) may be most likely to benefit, beginning at age 45 years (ACS, 2009b). Although older men have a higher risk, competing causes of death and the low chance of progression make screening men with less than 10 years in remaining life expectancy of little benefit (Fisher, 2002; Ilic et al., 2006).

Preventing prostate cancer with prophylactic measures can be considered (Unger et al., 2005). The Prostate Cancer Prevention Trial showed that finasteride significantly reduced cancer compared with placebo in an RCT (absolute risk reduction, 6% at 7 years). However, patients taking finasteride had an increased risk of high-grade cancer (Thompson et al., 2003). The American Society for Clinical Oncology and American Urological Association joint guideline recommends clinicians consider discussing the risks and benefits of 5a-reductase inhibitors for men with PSA values less than 3.0 who either undergo regular PSA screening or are planning to do so. The impact on PSA values and how PSA screening is interpreted must also be considered (Kramer et al., 2009).

Because PSA testing will detect cancers early, patients may live longer with the disease but not actually live longer lives (lead-time bias). Also, some patients treated for PSA-detected cancer may not have aggressive tumors. Treating them may artificially elevate treatment success and survival rates (length-time bias). Thus, mortality rate reductions may reflect the success of screening, misattribution of cause of death, research bias, improved treatments, or changing disease patterns. The most significant challenge remains that there is no way to differentiate patients with aggressive disease from those with clinically unimportant disease using current screening tools. Until this is resolved, controversy surrounding prostate cancer screening is likely to persist.

Despite any clear evidence showing that screening saves lives, over half of U.S. men are regularly screened with PSA testing (Thompson et al., 2005). PSA testing is a well-known test, with men possibly believing that being screened is beneficial and responsible behavior (Chapple et al., 2002). Furthermore, the PSA test has accuracy problems, which makes reassuring patients with normal-range results difficult. The controversies surrounding screening are reflected in the disparate prostate cancer screening guidelines (Box 40-7). However, one consistency emerges—family physicians should engage in an informed-consent discussion with their patients before screening. The risks, benefits, and limitations should be discussed so that patients are fully informed and can incorporate their personal preferences into the screening decision. Thus, although screening remains debatable, it appears inappropriate to order PSA testing routinely without this type of discussion.

As with any screening method, false-positive test results have potential for physical and psychological harm. Prostate biopsy carries procedural risks as well as the risk of discovering and treating a cancer that would not be significant in the patient's lifetime.

Evidence insufficient for recommendation in men younger than 75 years.

Routine screening should not occur without an informed consent discussion.

Asymptomatic men with a life expectancy greater than 10 years should have the opportunity to make an informed decision on screening. Men with an average risk should have this at age 50; African-Americans or men with a first-degree relative with prostate cancer at age 45; and men with multiple affected relatives at age 40. Men with less than a 10 year life expectancy should not be offered screening.

Offer PSA testing and DRE annually beginning at age 50 years for men with at least 10-year remaining life expectancy as part of risk/benefit discussion; African Americans, and those with family history in one or more first-degree relatives diagnosed at an early age, should begin at 45 years.

Recommends against screening men 75 and older. Keep Your Weight In Check During The Holidays

A time for giving and receiving, getting closer with the ones we love and marking the end of another year and all the eating also. We eat because the food is yummy and plentiful but we don't usually count calories at this time of year. This book will help you do just this.