Histologic typing and grading of STS is often difficult and a considerable degree of inter-observer variability exists even among expert pathologists with a reported diagnostic discrepancy in as many as 25 to 40 percent of lesions.12 The routine use of immunohistochemical stains has facilitated histologic classification, but these techniques are by no means definitive, and considerable experience is required in interpreting results. More objective methods such as cytogenetic, molecular and biochemical analysis may help resolve some of these diagnostic difficulties in the future.13

Mesenchymal tumors are a heterogeneous and biologically diverse group of tumors and some peculiar features in individual tumor types may require special consideration in treatment planning as described below.

Fibrosarcomas (FS) were the most common STS until better recognition of lesions such as malignant fibrous histiocytoma (MFH), and the fibromatoses resulted in reclassification of up to 50 percent of all cases.14 Currently, FS constitute only 5 to 10 percent of all STS, and only 2 to 20 percent of all FS involve the head and neck.15 They most frequently involve the face, neck, scalp, and paranasal sinuses and commonly affect adults, probably with no predilection for any particular gender. The tumor presents as a painless, slowly growing mass that on histologic examination shows spindle-shaped fibroblasts arranged in a "herringbone" pattern. The nuclei are generally uniform and if many large and bizarre giant cells are seen, the possibility of MFH must be considered. Histologic grading of FS has prognostic implications in adults, but not in children. Differential diagnosis of FS from tumors like MFH, synovial sarcoma, fibromatosis and malignant peripheral nerve sheath tumor may be difficult, especially when analyzing a limited biopsy specimen. Until the advent of immunocytochemistry and, more recently, molecular markers, accurate diagnosis would have been impossible. Two major series of head and neck FS in the 1960s and 1970s may have included patients with these diagnoses,1617 and their 5-year survival rates of 30 to 75 percent cannot be considered valid for comparison today. More recent reports indicate a 5-year survival rate of around 60 percent.18 Fibrosarcomas of the jaws are extremely rare and may be either endosteal or periosteal. Endosteal or intramedullary lesions metastasize via the hematoge-nous route and consequently have a worse prognosis as compared to the periosteal lesion that generally invades along fascial planes to invade the bone from outside. These tumors are radioresistant and aggressive surgical excision is the treatment of choice.

Malignant fibrous histiocytoma (MFH) is the most common STS in adults, but only 1 to 3 percent of all MFH involve the head and neck.19 Most patients are between 50 and 70 years of age and there is a slight male preponderance. The cell of origin is thought to be the fibroblast that differentiates into a variety of histologic patterns.20 Distinguishing these tumors from other sarcomas such as liposar-coma and rhabdomyosarcoma can sometimes be difficult without ancillary methods such as immuno-

histochemistry, cytogenetics or molecular genetic analysis. Of the many histologic subtypes, the stori-form-pleomorphic or myxoid variants are more common in the head and neck. About a third of cases involve the sinonasal tract, and up to 15 to 20 percent involve the larynx, craniofacial bones, neck, salivary glands and oral cavity each.21 Adverse prognostic factors include advanced age, male gender, size greater than 6 cm and tumors arising from bone. The overall 5-year survival in MFH of the head and neck has been reported around 50 percent but the presence of distant metastases carries a dismal prog-nosis.22 Although radiation and adriamycin-based chemotherapy have been used, wide surgical resection with adequate margins and neck dissection for palpable nodes is the treatment of choice.

Dermatofibrosarcoma protuberans, which constitute about 7 to 15 percent of STSHN are nodular cutaneous tumors with a high propensity for local recurrence after simple excision. The cell of origin and etiology of these tumors remain unknown. They usually present as an elevated, firm, solitary, slowly enlarging painless mass in the scalp or neck (Figure 17-1) of a 30- to 40-year-old man. The gross appearance of the tumor is deceptive because it appears well-encapsulated, but microscopic extensions may project up to 3 cm or more laterally, and invasion of the deep fascia is not uncommon. Histologically, the tumor is a low-grade sarcoma with sparse vascula-ture, moderate mitotic activity, little nuclear pleo-morphism and rare necrosis. Adequate excision generally requires margins of about 2.5 to 3 cm from the edge of the tumor with the underlying deep fascia, as resections with margins less than 2 cm are highly prone to local failure.23 Addition of postoperative radiation therapy may enhance local control in incompletely resected tumors or where adequate resection is impossible because of cosmetic or functional concerns. The outcome of adequately treated cases is excellent and an overall 5-year survival of 94 percent has been reported.24

Liposarcomas (LS) represent about 1 percent of STSHN and only about 80 cases have been reported in the literature. Most patients present in the seventh decade and males outnumber females 1.7 to 1. The neck is the single most common site but about 40 percent of tumors involve the larynx and/or pharynx.

Within the larynx the supraglottis is the most commonly affected site. Overall 5-year survival has been reported at 67 percent and prognosis is significantly related to the histologic grade of the tumor.25 Liposarcomas of the larynx and scalp have a better prognosis as compared to those of the oral cavity.

Synovial sarcomas are believed to arise from undifferentiated or pluripotential mesenchymal cells26 and fewer than 90 cases have been reported in the literature. The typical patient is a 20- to 30-year-old male who presents with a painless neck mass. The tumor may be located high in the superior aspect of the neck, in the prevertebral area, or in the retropharyngeal and parapharyngeal areas.27 Compression of the upper aerodigestive tract or its nerves may cause hoarseness, dysphagia, or dyspnea. Histo-logic examination shows a fibroblastic spindle-cell stroma containing scattered pale epithelial-like cells arranged in glandular formations, nests, or cleft-like spaces. Microcalcification, seen in 30 to 60 percent of cases, is a favorable prognostic sign. Although up to 20 percent of these tumors spread to the nodes, routine elective neck dissection is not recommended in the absence of palpable nodes. Most synovial sarcomas of the extremities are relatively radioresistant, but postoperative radiation is advocated in tumors of the head and neck for improving local control rates. Five-year survival rates around 40 to 50 percent have been reported, the main cause of death being blood-borne metastases to the lungs.28

Figure 17-1. Dermatofibrosarcoma presenting as an elevated, firm, solitary, slowly enlarging mass most commonly on the scalp.

Angiosarcoma (AS) accounts for less than 0.1 percent of all head and neck malignancies, but approximately half of all AS occur in the head and neck region. Most patients are elderly white men who present with an ulcerating, nodular or diffuse dermal lesion of the scalp or face. The lesion looks like dermal ecchymosis or subcutaneous hematoma (Figure 17-2). Etiologic associations with prior irradiation, exposure to vinyl chloride and thorium, trauma and solar exposure have been reported. Unlike other sarcomas, grade is not a significant prognosticator, probably because the vast majority of AS are high-grade tumors. These tumors tend to spread laterally throughout the dermis, and their size is therefore a significant determinant of outcome.29 About 10 to 15 percent of patients will develop neck node metastases, but elective treatment of the neck is not recommended. Postoperative radiation therapy may enhance local control and survival in patients with locally extensive disease and in those with adverse histology such as multicentricity, positive margins, or deep extension. Complete surgical excision is an important predictor of long-term survival, but these tumors are often relentless and despite aggressive management, only a third of the patients survive 5 years.30 Experimental treatment modalities include anti-angiogenic therapy and intra-arterial chemotherapy using dox-

Figure 17-2. Angiosarcoma of the scalp seen as a diffuse, ecchy-motic lesion with superficial ulceration.

orubicin. In contrast to AS of the scalp, tumors arising in facial bones or other soft tissues are relatively less virulent, and a better outcome may be expected.

Neurogenous sarcomas or malignant schwannomas arise from the sheath of peripheral nerves and are now classified as malignant peripheral nerve sheath tumors (MPNST). Although benign neuroge-nous tumors commonly affect the region, only 6 to 16 percent of MPNST involve the head and neck.31 They can present as a solitary mass or may arise as a result of malignant degeneration of a neurofibroma in 5 to 15 percent of patients. Malignant degeneration of an otherwise asymptomatic mass generally occurs in older patients and may be heralded by nerve dysfunction or pain. Previous irradiation has also been shown to predispose to MPNST with a mean postradiation latent period of 16.9 years.32 In one report the majority of MPNST were reported to arise in the head33 while another study reported a predilection for the neck.34 Tumors of the major nerves present as a fusiform or nodular infiltration of the nerve that may involve the adjacent soft tissue, and imaging with gadolinium-enhanced MRI may demonstrate per-ineural extension of tumor. Lymph node metastases are rare but almost 50 percent of patients fail locally and pulmonary metastases are not uncommon.33 Prognosis in patients with solitary neurogenous sarcoma is better (50 to 75%, 5-year survival) than that for malignant degeneration in individuals with neu-rofibromatosis (30%, 5-year survival).35 Other adverse prognostic factors include size larger than 5 cm, radiation-induced tumors, and glandular or rhab-domyomatous differentiation. Complete surgical resection with negative margins is not always possible and postoperative radiation therapy should be used to improve local control.

Rhabdomyosarcoma (RMS) is a malignant tumor of striated muscle origin that is overwhelmingly seen in the pediatric population in whom it is the most common STS. The most common sites affected are the orbit, paranasal sinuses, nasal cavity and nasopharynx, and the middle ear.36 The neck is rarely involved. Rhabdomyosarcoma have traditionally been classified into embryonal, alveolar and pleomorphic types. The first 2 variants are common in pediatric patients while the pleomorphic variant is more common in adults though rarely seen in the head and

Figure 17-2. Angiosarcoma of the scalp seen as a diffuse, ecchy-motic lesion with superficial ulceration.

neck.37 Early metastases, both regional as well as systemic, are common and pretreatment evaluation must include imaging using CT or MR. Staging is different from other STSHN because it is done after biopsy and often after definitive surgery. The Intergroup Rhab-domyosarcoma Group system classifies patients into 4 groups based on the extent of their disease, the resection status, and metastatic status at onset.38 Overall, patients with orbital tumors have a better prognosis while those arising in parameningeal sites including the nasopharynx and paranasal sinuses do not fare as well due to their propensity to invade the central nervous system.39 Primary surgical resection is used either for small lesions in accessible locations or to reduce tumor bulk. There is no role for mutilating radical surgery as chemotherapy and radiation result in excellent control of disease with better function and cosmesis. Children treated with nonsurgical modalities need to be followed closely because of the risk of long-term complications.40 Five-year survival rates reported from the Intergroup Rhabdomyosarcoma Study range from 81 to 93 percent for Group I patients to 20 percent for Group IV with an overall survival of 55 percent.41 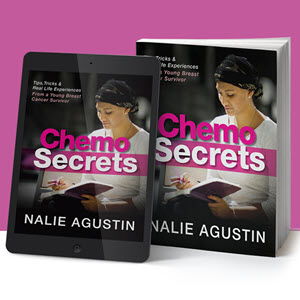