This is often considered the gold standard phalloplasty as it allows the formation of a cylindrical and sensate phallus with a urethra that reaches the tip and which is less prone to complications. The disadvantage is that it leaves a considerable donor site defect on the arm which some patients find unacceptable.

The nondominant forearm is used in all patients having checked the vascular competency of the superficial and deep palmar arteries with an Allen test followed by a duplex ultrasound study when there is doubt. Patients can have pre-operative laser hair removal from the forearm in order to improve the cosmesis if they wish.

The total phallic reconstruction is achieved with a modified Chang flap16 utilizing the following stages:

1. Creation of the phallus with competent neourethra and its microvascular transfer to the recipient site with a primary urethral anastamosis

2. Sculpture of the glans according to the Norfolk technique.15 The reservoir of a 3 piece inflatable penile implant can be inserted at this stage.

3. Insertion of a penile implant into the phallus.

Each stage is performed at a minimum of 3 monthly intervals with complications of one stage being additionally dealt with to reduce the overall number of operations.

The forearm free flap is raised from the non-dominant arm; to minimize blood loss the procedure is performed under tourniquet compression of a maximum of 2 h of inflation time. The size of the flap varies according to the dimensions of the forearm, the length of the urethral stump, and to the patient's expectations. The flap is separated longitudinally in two portions by a 1 cm wide strip of de-epithelialized skin to reduce fistula formation. The medial portion, obtained from the relatively hairless medial aspect of the forearm, is typically 4 x 16 cm and forms the neoure-thra while the lateral portion, which is usually 15 cm long and has a width of 14 cm at the base and 11 cm at the tip, will form the phallus. The flap is based on the radial artery, which is dissected to its origin with the brachial artery. The venous drainage is usually based on the cephalic vein, the venae comitantes of the radial artery, and flap veins. Sensation of the flap is provided by the cutaneous nerves of the forearm (Figs. 11.2 and 11.3a, b).

The phallus is then created in a "tube within a tube" fashion. The urethral strip is tubularized around a 16 Ch catheter using 4-0 Monocryl® sutures and its proximal portion is left spatulated for 2 cm in order to allow a primary anastomosis with the stump of the penile urethra. Once the neourethra has been completely fashioned, the lateral aspect of the flap is wrapped around the neourethra to form the bulk of the phallus. The closure of the phallus is performed with 4-0 Nylon® sutures (Figs. 11.4 and 11.5). Once the phallus is completed, its vascular pedicle is divided and the free flap is transferred to the recipient site. Preparation of the recipient site varies according to the length of the penile and urethral stump; in general the ure-thral stump is excised and spatulated to allow the primary anastomosis to the phallic urethra. The neurovascular bundle is dissected off the corporal stumps and dorsal nerves and deep dorsal veins are identified and prepared for eventual anastomosis (Fig. 11.6). The inferior epigastric artery, long saphenous veins, and iliohypogastric and ilioinguinal nerves are also identified and dissected.

The phallus is then transposed to the recipient area and vascular, neural, and urethral microsurgical anastomoses are performed as follows (Fig. 11.7):

Fig. 11.3 (a) The flap raised under tourniquet control, (b) flap raised on the radial artery, cephalic vein, and venae comitantes and cutaneous nerves

Fig. 11.3 (a) The flap raised under tourniquet control, (b) flap raised on the radial artery, cephalic vein, and venae comitantes and cutaneous nerves

Fig. 11.8 When the long saphenous vein has been sacrificed following inguinal lymphadenectomy, it is still possible to directly anastamose to the femoral vein

If the long saphenous vein has been previously excised during inguinal lymph node dissection, the flap veins are anastomosed directly to the femoral vein and/or to the deep dorsal vein of the penis (Fig. 11.8). The proximal end of the spatulated neourethra is primarily joined to the mobilized urethral stump and a suprapubic and urethral catheter are left in situ (Figs. 11.9 and 11.10).

After adequate preparation, the forearm donor site is covered with a full-thickness skin graft harvested from the buttock. A compression dressing is then applied to the graft and the arm elevated for 1 week, and inspected weekly thereafter (Figs. 11.11-11.14).

At a minimum of 3 months post phallus reconstruction a glans is fashioned using the Norfolk technique. The phallus is incised circumferentially, mobilized distally, and then a full-thickness skin graft inserted into the defect (Figs. 11.15-11.17). As there is an appropriate skin incision to harvest the graft, it is often convenient to insert the reservoir component of the penile implant at this stage.

The final stage involves the insertion of an AMS 700CX inflatable penile prosthesis which is performed through a transverse penoscrotal incision (Fig. 11.18).

Fig. 11.9 Separation of the penile urethra from the corporal stump

Fig. 11.9 Separation of the penile urethra from the corporal stump

Fig. 11.15 A pseudoglans is made by rolling the distal skin up to form a corona and the defect grafted

Fig. 11.15 A pseudoglans is made by rolling the distal skin up to form a corona and the defect grafted

The penile stump is located and the crura dilated sequentially (Fig. 11.19). The phallus is then dilated to house the cylinders which are placed within a pseudocorpus cavernosum constructed from coated Dacron® (Fig. 11.20). The penile prosthesis is left semi-inflated for 10 days and the urethral catheter removed prior to discharge. Antibiotics are continued for a further 1 week period. The patient is then taught how to cycle the device at 4 weeks (Figs. 11.21 and 11.22).

At our center this technique has been used in 19 patients with a published series of 15 patients.29 The initial cancer management consisted of subtotal penectomy for pT2 and pT3 tumors in all patients, one of which had a primary urethral carcinoma. Inguinal lymphadenectomy had been performed in 16 patients with positive nodal disease present in three patients and in one a pelvic lymph node dissection was also carried out with no evidence of metastatic lymph nodes. All of the patients were disease free at the time of surgery.

Following surgery, all of the patients were able to void while standing; one developed a recurrent bulbar urethral tumor, 2 years after undergoing the phalloplasty, and

Fig. 11.20 The inflatable prosthesis used with a Dacron cap to form a pseudo-cavernosum within the phallus

has therefore had a urethrectomy and prostatectomy, and is now voiding through a Mitrofanoff diversion. Complete phallus sensation was reported in 15 patients; of the remainder, one reported sensation only within the neourethra, one has an insensate phallus, and one is only 3 months postsurgery and is therefore too early to assess. All of the patients were very satisfied with the outcome and 9 have had a penile implant inserted. The complications from this series are shown in Table 11.1.

Since its original description by Song and Chang,16,17 penile reconstruction with the use of the forearm flap has proven superior to the other techniques as it:

Fig. 11.22 Final result with the phallus erect and sensate

Fig. 11.22 Final result with the phallus erect and sensate

Table 11.1 Complications of the phallus and donor arm

1. Guarantees a superior cosmetic result by forming a cylindrical phallus rather than the wedge-shaped infraumbilical and groin flap phalloplasty5-10 and is less prone to postoperative contracture when compared to the musculocutaneous flaps.11-16

2. Allows the creation of a neourethra that reaches the tip of the phallus which is less prone to complications. Urethral complications with other types of phal-lopasty occur in up to 65% of cases and often require multiple revisions.29

3. Allows the creation of a sensate phallus whereas in other phalloplasties the sensation is minimal.29

As in all major phalloplasty surgery, complication rates are high. Loss of skin on the phallus can be a problem, particularly if the phalloplasty is large and therefore there may be impaired vascular perfusion to the edges. Urethral complications can be overcome, and are less common than in some other types of phalloplasty.29,30

One major disadvantage of this technique is the donor site morbidity. This can be dramatically reduced by adequate preparation of the donor site for grafting.3 1 This involves adequate hemostasis, the advancement of the edges of the intact forearm skin to reduce the area that requires grafting and to minimize the step between normal skin and the grafted muscle for creation of a flat surface on which to place the skin graft. With regard to the cover of the defect, full-thickness grafts have proven to be superior to split skin due to a lower rate of scarring and contracture and superior cosmesis.

However, despite the eventual donor site morbidity, the necessity of multiple surgical stages and the high complication rate, all patients are highly satisfied with the outcome of a functionally and cosmetically acceptable phallus. The microsurgical forearm flap phalloplasty technique has been shown to give these excellent results.32

Once the phallus has been created, obtaining rigidity adequate enough for sexual intercourse still remains a problem. Since postoperative edema, scarring, and congestion will confer adequate rigidity only in few patients,29 a 'stiffener' will be required in the vast majority of patients. Among the various different solutions available in the literature including transplants of autologous bone or cartilage, implants and external devices, the best results are achieved with the insertion of an inflatable penile prosthesis.32 In our series, the insertion of an inflatable penile prosthesis has yielded excellent functional results in 8 patients with only one implant requiring removal due to infec-tion.This is perfectly in line with other series that report an infection rate of the device of 10-20%, 10 times higher than in a male patient having an implant inserted for de novo erectile dysfunction.32 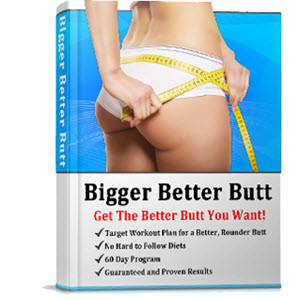