Lesions of the oral cavity are common. The most common acute oral ulcer is the traumatic ulcer; the aphthous ulcer, or canker sore, is the next most common. Traumatic and aphthous lesions vary widely in size, although the latter are usually less than 1 cm in diameter. Both are relatively superficial with raised borders. Aphthous ulcers are usually located on the loose buccal or labial mucosa, whereas traumatic ulcers can occur anywhere. Despite the small size of many of these ulcers, they can be extremely painful. In addition, aphthous

ulcers may recur in many patients. Both types of ulcers usually heal within 2 to 3 weeks without scarring. A solitary, or giant, aphthous ulcer of the palate is shown in Figure 12-45. The patient has periadenitis mucosa necrotica recurrens, also known as major aphthous ulcer. These lesions are larger than multiple aphthous ulcers and start as submucosal lesions that break down to form ulcers that may persist for many weeks before healing by secondary intention. Any part of the oropharynx may be affected, but the tonsils and soft palate are the most common sites.

Benign mucous membrane pemphigoid, or cicatricial pemphigoid, is a chronic mucocutaneous bullous disease of elderly people in which the lesions are commonly limited to the oral cavity and conjunctiva. Subepidermal bullae, up to 2 cm in size, and autoantibodies to the basement membrane are present;erosion may be present as well. Skin involvement is rare and usually not severe. Nikolsky's sign, in which the bulla or external layer of mucous membrane or skin is easily separated from the underlying tissue by slight friction, is usually positive. Figure 12-46 depictds benign mucous membrane pemphigoid. Note the denudation of the gingivae. Figure 12-47 depicts cicatricial pemphigoid. The most common oral finding is patchy, desqua-mative gingivitis, as seen in this figure.

Pemphigus vulgaris affects the oral cavity in 75% of cases. Autoantibodies to the epithelial intercellular substance are present. Nikolsky's sign is negative. The lesions are almost

Large chronic single ulcers may result from fungal infections such as aspergillosis or histoplasmosis. Infections by herpes simplex virus, cytomegalovirus, Mycobacterium organisms (which cause tuberculosis), and Treponema pallidum (which causes syphilis) are also well-known causes of this type of ulcer. Immunologic disorders such as pemphigus, systemic lupus erythe-matosus, bullous pemphigoid, and erosive lichen planus are often the cause of chronic multiple ulcers.

As mentioned earlier in this chapter, risk factors for oral cancers include tobacco use, alcohol consumption, and chewing betel nuts. Betel nuts are actually seeds of the betel palm (Areca catechu). Betel nut chewing is a tradition that dates back thousands of years. The nuts are chewed for their mildly euphoric stimulant effect, attributed to the presence of relatively high levels of psychoactive alkaloids. Chewing betel nuts increases the capacity to work, creates a warm sensation in the body, heightens alertness, and increases sweating. Although betel nut chewing is a part of many Asian and Pacific cultures and often takes place at ceremonies and gatherings, betel nuts are often sold at roadside booths decorated with multicolored neon lights for taxi and truck drivers to keep them awake. The International Agency for Research on Cancer (IARC) regards the betel nut as a known human carcinogen. In Asian

countries and communities where betel nuts are consumed extensively, oral cancer accounts for up to 50% of all malignant cancers. Betel nut chewers in Taiwan were found to have a risk of acquiring oral cancer 28 times higher than that of nonusers, and people who chew betel nuts, smoke cigarettes, and drink alcohol are 123 times more likely to develop oral cancer. In 2006 in Taiwan, it was estimated that the government spent at least NT$5 billion (US$151 million) to cover medical expenses for betel nut-related diseases. Figure 12-51A shows the mouth of a patient from Taiwan with a long-standing habit of betel nut chewing; note the red stain on his teeth. Figure 12-51B shows a betel nut wrapped in its leaf.

In addition to these risk factors, biologic factors include viruses and fungi, which have been found in association with oral cancers. The human papillomavirus (HPV), particularly strains HPV16 and HPV18, has been implicated in some oral cancers. HPV is a common sexually transmitted virus that infects about 40 million Americans. There are more than 80 strains of HPV, most thought to be harmless. However, 1% of persons infected have the HPV16 strain, which is a causative agent in cervical cancer and now is linked to oral cancer as well. Another possible risk factor for oral cancer is lichen planus, an inflammatory disease of the oral soft tissues.

Figure 12-51 A, Red staining of teeth in a betel nut user. B, Betel nut wrapped in its leaf.

second primary tumor. It is particularly important to examine the area behind the last molar tooth and the associated floor of the mouth and base of the tongue. Figure 12-54 shows a squamous cell carcinoma of the floor of the mouth.

Herpetic gingivostomatitis is infection of the gums and oral mucosa by herpes simplex virus. Small vesicles form on the oral mucous membrane and rapidly break down into painful ulcers on an intensely erythematous base. Figure 12-55 depicts herpetic gingivostomatitis;the multiple erosions and marginal gingivitis are apparent. Figure 12-56 shows herpetic lesions on the palate with ulceration.

Acute necrotizing gingivostomatitis (also known as ulcerative gingivostomatitis or Vincent's gingivitis), is a severe, noncommunicable disease of young adults resulting from infection by Fusobacterium nucleatum or Borrelia vincentii. Most cases occur suddenly in the spring or autumn. The patients, commonly men with poor oral hygiene, present with gingival bleeding,

Figure 12-56 Herpetic lesions on the palate.

Figure 12-56 Herpetic lesions on the palate.

Save Your Lungs And Never Have To Spend A Single Cent Of Ciggies Ever Again. According to a recent report from the U.S. government. Centers for Disease Control and Prevention, more than twenty percent of male and female adults in the U.S. smoke cigarettes, while more than eighty percent of them light up a cigarette daily. 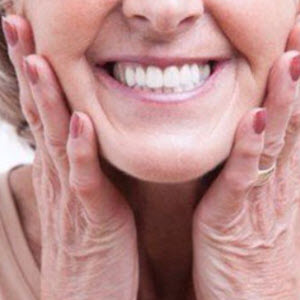 Home Remedies for Scar Removal, Treatment of the Erythema and Flushing of Rosacea, Herpes Zoster, Gingivitis