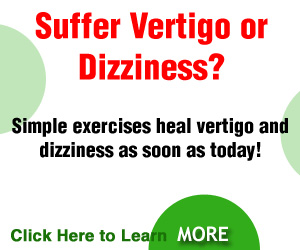 Fainting, or syncope, is the transient loss of consciousness that results from inadequate cerebral perfusion. Ask patients what they mean by ''fainting'' or ''dizziness.'' Syncope may have cardiac or noncardiac causes. When a patient describes fainting, ask the following questions:

' 'What were you doing just before you fainted?''

''Have you had recurrent fainting spells?'' If so, ' 'How often do you have these attacks?'' Was the fainting sudden?'' Did you lose consciousness?'' ''In what position were you when you fainted?''

' 'Was the fainting preceded by any other symptom? nausea? chest pain? palpitations? confusion? numbness? hunger?''

Did you have any warning that you were going to faint?''

''Did you have any black, tarry bowel movements after the faint?''

The activity that preceded the syncope is important because some cardiac causes are associated with syncope during exercise (e.g., valvular aortic stenosis, idiopathic hypertrophic subaortic stenosis, and primary pulmonary hypertension). If a patient describes palpitations before the syncope, an arrhythmogenic cause may be present. Cardiac output may be reduced by arrhythmias or obstructive lesions.

The position of the patient just before fainting is important because this information may help determine the cause of the syncope. For example, if a patient fainted after rising suddenly from bed in the middle of the night (e.g., to run to answer the telephone), orthostatic hypotension may be the cause. Orthostatic hypotension is a common form of postural syncope and is the result of a peripheral autonomic limitation. There is a sudden fall in systemic blood pressure, resulting from a failure of adaptive reflexes to compensate for an erect posture. Symptoms of orthostatic hypotension include dizziness, blurring of vision, profound weakness, and syncope. Many drugs can cause orthostatic hypotension by leading to changes in intravascular volume or tone. Older patients are most prone to orthostatic hypotension. Micturition syncope usually occurs in men during straining with nocturnal urination. It may occur after considerable alcohol consumption.

Vasovagal syncope is the most common type of fainting and is one of the most difficult to manage. It has been estimated that 40% of all syncopal events are vasovagal in nature. Vasovagal syncope occurs during periods of sudden, stressful, or painful experiences, such as receiving bad news, surgical manipulation, trauma, the loss of blood, or even the sight of blood. It is often preceded by pallor, nausea, weakness, blurred vision, lightheadedness, perspiring, yawning, diaphoresis, hyperventilation, epigastric discomfort, or a ''sinking feeling.''

There is a sudden fall in systemic vascular resistance without a compensatory increase in cardiac output as a result of an increased vagotonia. If the patient sits or lies down promptly, frank syncope can be aborted.

Carotid sinus syncope is associated with a hypersensitive carotid sinus and is most common in the elderly population. Whenever a patient with carotid sinus syncope wears a tight shirt collar or turns the neck in a certain way, there is an increased stimulation of the carotid sinus. This causes a sudden fall in systemic pressure, and syncope results. Two types of carotid sinus hypersensitivity exist: a cardioinhibitory (bradycardia) type and a vasodepressor (hypotension without bradycardia) type. Post-tussive syncope usually occurs in patients with chronic obstructive lung disease. Several mechanisms have been postulated to explain its occurrence. It is generally accepted that coughing produces an increase in intrathoracic pressure, which decreases both venous return and cardiac output. There may also be a rise in cerebrospinal fluid pressure, producing a decreased perfusion to the brain.

There are other suggested questions to ask a patient with syncope that direct attention to a neurologic cause. These are summarized in Chapter 21, The Nervous System. Table 14-5 lists the common causes of syncope.

Fatigue is a common symptom of decreased cardiac output. Patients with congestive heart failure and mitral valvular disease frequently complain of fatigue. Fatigue, however, is not specific for cardiac problems. The most common causes of fatigue are anxiety and depression. Other conditions associated with fatigue include anemia and chronic diseases. You must attempt to differentiate organic from psychogenic fatigue. Ask the following questions:

How long have you been tired?'' Did the fatigue start suddenly?''

Do you feel tired all day? in the morning? in the evening?'' When do you feel least tired?'' Do you feel more tired at home than at work?'' ' 'Is the fatigue relieved by rest?''

Patients with psychogenic fatigue are tired ''all the time.'' They are often more tired at home than at work but occasionally describe being more tired in the morning. They may

Your heart pumps blood throughout your body using a network of tubing called arteries and capillaries which return the blood back to your heart via your veins. Blood pressure is the force of the blood pushing against the walls of your arteries as your heart beats.Learn more...

Vertigo and Dizziness Causes and Treatment