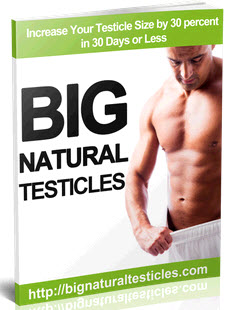 Testosterone, the male sex hormone produced by the testicles, stimulates the growth of prostate cancers. It was discovered more than a century ago that surgical removal of the testicles— castration—improves symptoms for men with advanced prostate cancer. Charles Huggins, a urologist at the University of Chicago, undertook experiments in 1941 to bring about the same effect by giving men with prostate cancer female sex hormones to block testosterone. This work, which in essence produces a chemical castration, was the first successful treatment of any form of cancer using medication. For his research, Huggins was awarded a Nobel Prize in Medicine in 1966.

For the past half-century, hormone treatment has been commonly used to treat prostate cancer, mostly for advanced cases in which the cancer has spread to the bones or other organs. In the 1990s, the use of hormones to treat prostate cancer broadened to include earlier stages of cancer, especially in conjunction with radiation beam therapy. In 1989, only 10 percent of men being treated by beam therapy were also given hormone treatment; by 2001, this figure had increased to 75 percent.1

The reduction of testosterone by hormone treatment both slows the growth of cancer cells and kills them. The oldest and most

direct method of reducing testosterone is surgical castration. Another method is giving a drug that blocks testosterone from getting into the cancer cells. Such drugs are called antiandrogens; examples are bicalutamide (Casodex) and flutamide (Eulexin).

A third method of reducing testosterone is cutting off the hormone (called luteinizing hormone, or LH) that stimulates the testicles to produce testosterone. This LH is made by the pituitary gland in response to instructions from the hypothalamus in the brain. A group of drugs called luteinizing hormone-releasing hormone (or LHRH) agonists and antagonists trick the hypothalamus into not sending instructions to the pituitary. The pituitary in turn fails to send LH to the testicles, so no testosterone is produced. Leuprolide (Lupron) and goserelin (Zoladex) are examples of LHRH agonists, and abarelix (Plenaxis) is an example of an LHRH antagonist. Figure 1 illustrates these chemical methods for reducing testosterone.