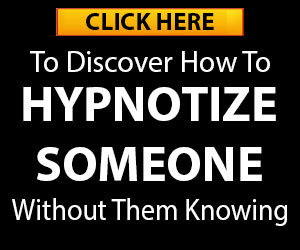 Transference and cou ntcr t ran sfe re nee are the defining processes of a psychoanalytic treatment. Inevitably, over a century of work, these terms have been subject to wide and quite distinct interpretations and technical uses. Yet amid such differences there is an abiding conviction among psychoanalysts that it is primarily in the crucible of the analytic relationship in which two people talk that change and freedom from illness can occur.

Transference appears in Freud's essays (Freud 1911, 1912a, 1912b, 1913, 1914, 19151 on technique as a discovery, whereas countertransference discussions (unction mostly as a cautionary tale. In a number ol ways, Freud's discovery that patients revive and relive die crucial conflicts of their psychic lives in the analytic relationship was remarkable. First, analysis of transference entailed a break with earlier powerful and compelling procedures of suggestion and hypnotic induction, techniques thought to reveal and release hidden sources of pathology and pain. Second, almost immediately Freud made a second discovery, namely that transference is used by the analysand as resistance to change but that this development could be turned quite uniquely toward psychic growth. It is as though Freud's intelligence functioned like a heat-seeking probe, burrowing into the most tender and incendiary aspect of the analytic relationship and finding there both trouble and revolution. Third, Freud was aware from the beginning, even if incompletely so, of the dangers, fascination, and traps that hide in transference and countertransference. Freud grounded his theory of therapeutics in the most unstable, enigmatic, transpersonal, potent aspects of the analytic situation and never looked back.

Finally, it seems worth noting that the discovery of transference is a rather astonishing victory over personal narcissism. To come to the conclusion that a person who makes an intense declaration of love to you does not really love you but loves .son?eone else in an act of transference takes considerable self-esteem and reflectivity. To the physician it represents an invaluable explanation and a useful warning against any tendency to counter-transference that may be lurking in his or her own mind.

The therapist "must recognize that the patient's falling in love is induced by the analytic situation and is not to be ascribed to the charms of his or her person. It is always well to be reminded of this" |Freud 1912a, p. 1601.

In retrospect, surprising "discoveries" often carry the seeds of many earlier processes and practices. Many have argued that transference is no exception. Mannoni, noting how frequently Freud mentioned hypnosis when try-ing to account for the mechanisms of transference, noted that transference is what we have left of possession (Mannoni 1980; cited in Borch-Jacobscn 1989, p. 98. In many of the ensuing discussions of transference that I review here, when authors try to account for the mechanics of transference, something like an altered state in the analyst as well as the analysand is often being outlined. There is, it seems, some trance in transference. The remnants of magical elements in analytic experience have also been tied to Freud's perhaps ambivalent relation to traditions in Jewish thought, particularly its mystical tradition (Bakan 1958).

Freud's reservations about written communication regarding transference and countertransference may join up with concerns regarding confidentiality and protection of patients as well as concerns of professional matters. Part of the renewed interest in analytic subjectivity and matters of technique and disclosure might be seen as an aspect of the ongoing question of who knows what and what information has what effect, concerns that are both self-serving to the analyst and preserving of die integrity of treatment. This paradox in intentions and access to knowledge is perhaps irresolvable. Its ongoing presence has a history in the earliest work on technique and continues to be powerful. |See Dupont 1988, Falzcder 1997, and Haynal 1997 for extensive discussions on the complex crucible of Freud's relations with Ferenczi as the site for the development of theories of transference and technique.)

In the early papers on technique, Freud's injunctions on no note taking, no advice, no intellectualizing, no use of the patient or treatment for scientific enterprise, and no offering of analytic writing to the analysand were all proposed in order to enhance transference and remove the barriers between speaker and listener. "Evenly hovering attention" was, for Freud, a guard against overwork, a way to keep distinct the differing relations with numbers of patients and to create conditions in the analyst for a kind of receptivity. To a modem ear, these accounts describe a lot of the conditions for meditative practices, for the inducing and self-inducing of altered states of consciousness, and for the Eastern practices that attempt to dissolve ego and attachment in order to receive input from another.

Although many of the early generation of analysts thought of their analytic work as a direct application of Freud's programmatic work on technique, Sandor Ferenczi, alwrays the complex son, both admired the work and pushed the envelope (Anon and Harris 1993; Bono mi 1999). Ferenczi 11909) took up the ideas and proposals from the technical papers and began to worry them into more provocative and potentially powerful forms. He used and discarded procedures that indulged and those that frustrated the patient, guided by his overarching interest in the emotional impact of each person on the other. There arc contradictions in Ferenczi's approach. On the one hand, he widened radically the play and province of transference, as the Klcinians would do after him. Transference phenomena were ubiquitous in the analytic relationship. On the other hand, he held out a separate space for a "real" relationship with the analyst as a "real" person. We shall see how this term real transforms over the century of psychoanalytic theory building. Here the term seems to acknowledge the impact of the analyst's psyche (hostile and loving) but also, enigmatically, keeps something out of the transference (see Ferenczi 1932).

The status of influence is an aspect of transference and countertransfcrcnce experiences that exerts a kind of gravitational pull on efforts in the field to sort out what happens, why it happens, and how it helps. The official version is that transference is the revolutionary break from hypnosis. However, we can see a continuing debate over the power of speech's structural properties (symbolic register, interpretation, reflective functioning) and pragmatic, rhetorical, and object relational properties (cures by love, force of power, erlebnis, corrective emotional experience, or procedural now moments). Learning About Hypnotherapy Health Can Have Amazing Benefits For Your Life And Success. How To Use Audio Hypnotherapy To Improve Your Life And Make Money. Now, a lot more people practice self hypnosis in the comfort of their own homes. While this may be done, it's best to do it one has knowledge or background on the practice.