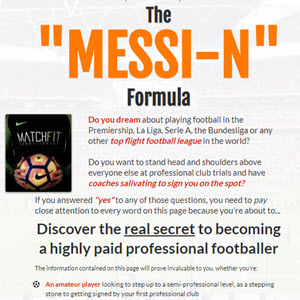 Osteitis pubis in the athlete is an inflammatory condition of the pubic symphysis and surrounding structures. Due to the ubiquitous nature of this disease, it is imperative that all factors, such as infection, urologic, gynecologic, and rheumatologic issues are taken into consideration for the accurate diagnosis and treatment. The pathogenesis of this disorder remains obscure. It can occur secondary to vertical instability or as a primary condition. It may also coexist with other conditions including athletic pubalgia.

Among athletes, primary osteitis pubis is thought to be caused by repetitive microtrauma, chronic overuse injury, and muscle imbalance. The abdominal and adductor muscles have a central point of attachment on the symphysis pubis or the "pivot point," but these muscles act antagonistically to each other, predisposing the pubic symphysis to opposing forces. These forces become critical in the kicking activities associated with sports such as soccer, Australian rules football, and North American football (Fig. 44-3). When an athlete kicks, the kicking limb is hyperextended at the hip while the trunk is rotated laterally in the opposite direction. Greater than 2 mm of vertical motion is seen in cases that are associated with pubic symphysis instability.

The clinical findings include tenderness at and around the pubis symphysis area. The examination should focus on carefully defining the pathoanatomic zones. The "groin" is not sufficiently descriptive, and therefore the clinician should further define this region into the different anatomic areas including pubic, supra-pubic, abdominal, anterior hip capsule, proximal thigh, inguinal ring, and perineal. A digital direct and indirect hernia examination is important to evaluate the superficial inguinal ring, spermatic cord, conjoined tendon, and deep inguinal ring. Coventry and William9 described two provocative maneuvers: (1) the rocking cross-leg test in which examiner bears down on the crossed knee while holding down the opposite iliac crest and (2) the lateral pelvis compression test done with the patient on his or her side and the examiner pressing the presenting wing. The examiner may also glean diagnostic information by palpating the tender areas while the patient does a sit-up maneuver. Careful digital examination of the scrotum, spermatic cord, inguinal ring,

and conjoined tendon of the abdominal wall should be performed to evaluate for abdominal wall injuries (athletic pubal-gia) and true hernias. If the pain is difficult to characterize or if it is of a radiating nature, the clinician should consider remote causes for the pain such as referred spinal pain or peripheral nerve entrapment. Sometimes a referral is necessary to evaluate for gynecologic, urologic, rheumatologic, or general surgery problems.

Imaging studies for osteitis pubis begins with plain radiographs as well as single-leg standing "flamingo" views to document vertical instability (abnormal if >2-mm difference in height exists). MRI may be helpful in identifying a tear of the anterior abdominal wall musculature (external oblique aponeu-rosis, superficial inguinal ring, conjoined tendon); however, it is frequently negative. MRI is also beneficial for nonorthopedic conditions that may be coincidentally diagnosed. A technetium 99m triple phase bone scan is useful for identifying ambiguous areas of pain caused by stress reactions or fractures.

Most of the time, nonoperative treatment will lead to resolution of symptoms. Core strengthening and flexibility, as well as an active program, are encouraged.10-12

The patient should be educated regarding the drawn-out clinical course and to the fact that, on average, symptoms will last

6 to 9 months. The full spectrum of conservative measures includes cessation of offending physical activity, physical therapy, ultrasonography, nonsteroidal anti-inflammatory drugs, oral glucocorticoids, radiation therapy, anticoagulation, intravenous pamidronate, and corticosteroid pubic symphysis injections. For patients who remain symptomatic, a fluoroscopically guided steroid injection may be performed in the office. If the patient does not experience immediate pain relief, then other causes, such as athletic pubalgia, need to be considered.

Rarely do patients require surgical treatment. There are a few case reports showing limited success after a proximal adductor release and drilling of the pubic bone in soccer players. Most of the literature regarding surgical management of osteitis pubis has focused exclusively on bony procedures. The procedures that have been described are either a pubic symphysis trapezoidal wedge resection or an arthrodesis with or without a compression plate (Fig. 44-4). Wedge resection of the symphysis pubis is useful as a first-line surgical procedure because of its short operative time, reliability, and low complication risk.13 However, there is a risk of late anterior pelvis instability due to anterior pelvis disruption. Alternatively, some authors have successfully used pubic symphysis bone grafting and compression plating in athletes with documented pelvic instability.14 There is a risk of stress fracture of the arthrodesis site if a plate is not employed. Although the surgery seems to be aggressive, there have been excellent results with low complication rates. Additionally, the issue of late instability is ameliorated. Get All The Support And Guidance You Need To Be A Success At Having A Great Game of Football. This Book Is One Of The Most Valuable Resources In The World When It Comes To Learning How To Play Football Like A Pro And Win The Game.